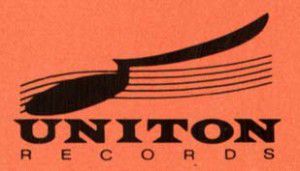 Uniton Records was a Norwegian independent label with a small catalogue of mainly synth-pop, new wave and electronic. The label was started Tormod Opedal in 1981, and released one Popol Vuh album:

One track of the album is featured on the compilation:

U020 - Burning the Midnight Sun (lp and cassette).