For Films of Every Colour Alasdair Connell writes:

“The soundtrack is a formidable collage of seventies rock and classical pieces. Repeated use of Harry Nilsson’s ‘Jump into the Fire’ brings a distinctly Scorsesean energy to the proceedings. But Guadagnino’s choices can stray into incongruous territory. When the story takes a turn for tragedy, the use of Popol Vuh’s score for Aguirre, Wrath of God is so heavy, so at odds with the sexual and romantic story that came before, that it comes across as more self-conscious than appropriately jarring. It’s almost as if Gaudagnino is dressing up a last-minute failure of confidence in his characters with a virtuoso choice of music.” 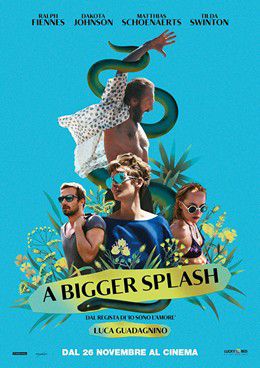