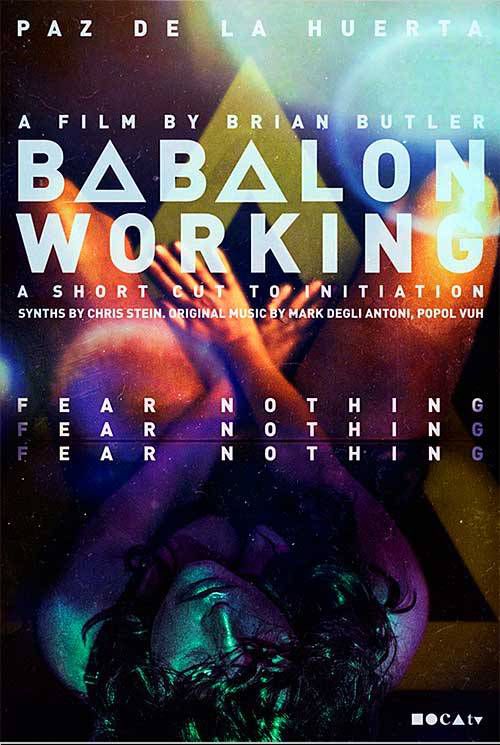 Directed by Brain Butler
This short film can be viewed here: youtube

“Known for surreal, occultist films and performances, Los Angeles-based artist and musician Brian Butler debuted his new film Babalon Working, starring actress Paz de la Huerta, at the Museum of Contemporary Art Los Angeles on Sept. 19. With a manic no-wave soundtrack, featuring guitarist Chris Stein of Blondie as well as the German electronic band Popol Vuh, the highly stylized eight-minute film uses symbolism and the archetype of woman-as-vessel to explore what Butler refers to in the press release as "the layers of ecstasy, madness, and creativity that mediate man's voyage between life and death." In the film, Paz emerges as a shadowy "scarlet woman" whose journey Butler binds to that of a young waiflike presence that undulates atop a floor emblazoned with obscure occult symbols.”

From: Cruel and Ecstatic Migrations: An Interview with Brian Butler by Yael Lipschutz, for Art in America, September 25th, 2013