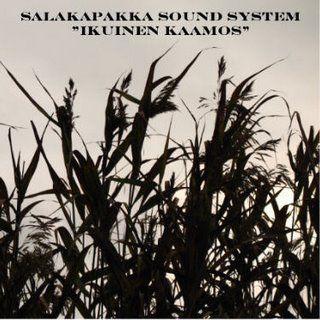 First track ‘Kadonnut jalkia jattamatta’ (‘Lost without a Trace’) and 3rd track ‘Pimeys veta meita puoleensa’ (‘Darkness attracts us’) are based on old ‘Organ Favorites’-LP that is played by broken record player via different delay and reverb pedals. Somehow Phantom of the Opera comes to my mind while hearing Pimeys.

‘Syttymissyy tuntematon 1 and 2' (‘Cause of Fire Unknown’) is based on Popol Vuh track played backwards at 1/10 and 2/10 speed. 2 is extended remix of 1 and more rhythmic.

‘Holle’ (‘Hell’) was made back in 2006 by scratching, beating, shaking a Chilean rain stick and amplifying an electric fan. There is also distorted sound of me playing bass guitar by electric toothbrush. All sounds were driven through distortion, delay and reverb.

‘Aiti, joku tuijottaa meita metsasta’ (‘Mom, someone is glaring at us from the woods’) is based on simple cello loop recorded while rehearsals at local music school. Cello loop has been treated by Korg kaoss pad. I Believe there will be more stuff based on those recordings sometime in the future