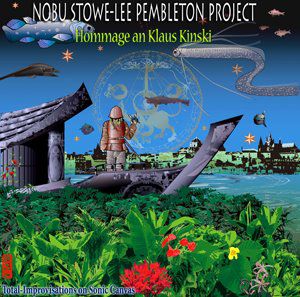 From: interview - ‘Nobu Stowe - Beyond Free’ - with Stowe by Glenn Astarita for All About Jazz (August 2010):

All About Jazz: Why a dedication to German actor Klaus Kinski?
Nobu Stowe: The title was taken from the track, "Hommage an Klaus Kinski," that was fully improvised by Lee, Ross and myself. But this was only named so after the recording session, because this particular improvisation just happened to be strongly reminiscent of a scene from Fitzcarraldo, the 1982 film masterpiece featuring Kinski, directed by Werner Herzog, and the soundtrack by Florian Fricke and his group Popol Vuh. So we originally had no intention to come up with a song or an album dedicated to Kinski. But I have been a great fan of the films by Herzog and Kinski as well as the freshly meditative music by Popol Vuh since my high school days.

See full interview: All About Jazz

".... The success of this performance lead to a series of recording sessions at Wombat Recording in Brooklyn, NY in May 2006. For this first recording, Stowe and Pembleton were joined by clarinet legend Perry Robinson, reedman Blaise Siwula, drummer John McLellan and multi-instrumentalist Ross Bonadonna.

Those sessions were released in January 2008 as ‘Hommage an Klaus Kinski’, by Soul Note Records. The title came to Nobu as he and Lee were driving around listening to rough mixes. The final track on the record reminded him of Popol Vuh's soundtrack work for Werner Herzog, and in particular of Aguirre, The Wrath of God. Being huge fans of Popol Vuh, Herzog and Kinski, the album was titled ‘Hommage an Klaus Kinski’ and dedicated to those three great artists.

From: http://www.vime.org/ [ The Museum of Viral Memory was founded by Lee Pembleton, Randolph Carter and Du ke Lee in 2000. It is an ever expanding and contracting organization of artists and musicians.] 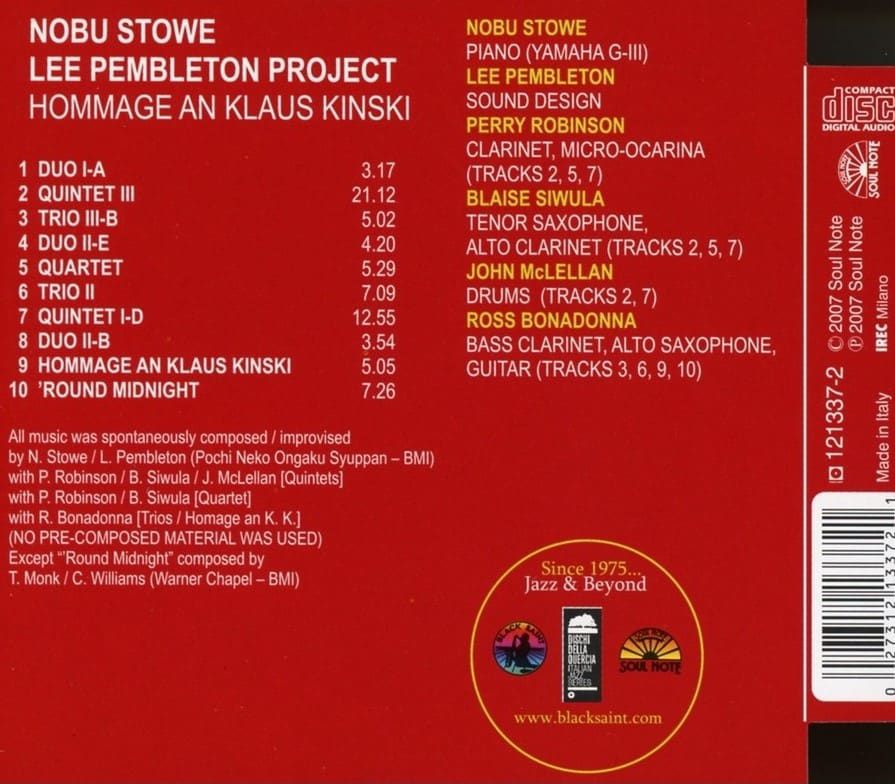