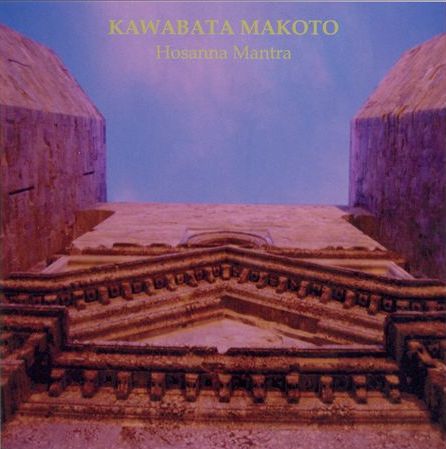 What the label says:
"Comes in a luxurious gatefold sleeve! Front cover photo by Kawabata Makoto, featuring the mystical octagonal castle of the XII century, placed in Andria...where 'A Silent Place' is! Guitarist, violinist, performer on numerous traditional instruments, composer, leader of the Acid Mothers Temple, Kawabata Makoto express in this solo performance all his mantric cosmical vocation to space sonorities! He took inspiration from the Popul Vuh homonymous album of the seventies "Hosianna Mantra", during his visit to 'A Silent Place' head quarter in late Winter 2006. In a sunny Sunday noon spent in the country-side, eating and drinking Apulian specialities and listening to some great experimental records, Makoto and his Italian friends Pierpaolo and Pasquale, took the decision to start this cooperation. A few days later, back to Japan, Makoto recorded the "Hosanna mantra" album at the 'Acid Mothers Temple' between March 12th and 13th, using electric guitar, bouzouki and sitar. The result is this new fantastic sound comes from the 'cosmos'...a quite simple gem of crystalline beauty."