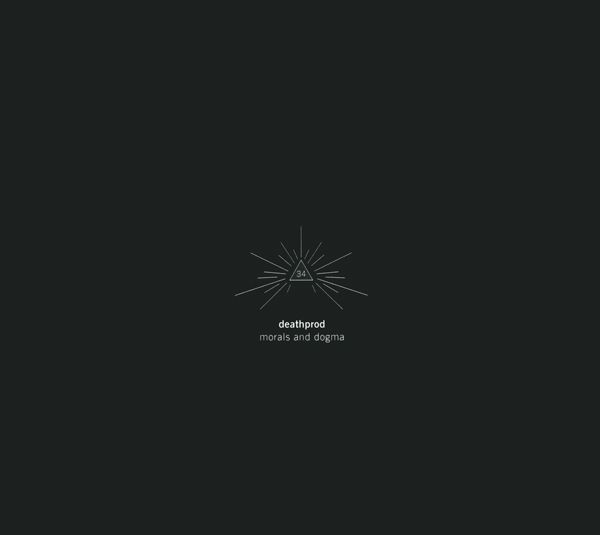 Repressed! What was once one of the most acclaimed releases of 2004 will be available one last time. Beautifully-packaged 4CD boxset (4 digipaks in a heavy-duty box, nearly all black packaging). Includes the 2004 album 'Morals And Dogma' (which is also available separately), plus reissues of the 3 prior albums: 'Reference Frequencies', 'Treetop Drive', 'Imaginary Songs From Tristan de Cunha', with 32 pages of liner notes, all eloquently designed by Kim Hiorthøy. These four CDs here document the period from 1991 to 2001. Treetop Drive from '95 and Imaginary Songs From Tristan Da Cunha from '94, both remastered and included here in full, were originally released in limited editions of 500 copies. In his music laboratory in Oslo, Deathprod (Helge Sten) works at the threshold between the latent potential of musical technology and the forms of life that sound assumes: the life of vibrations; the life of imagination. Deathprod is suggestive of last and first things, physical decay and the processes of production, decomposition and composition, the breaking down of sound that precedes fresh musical creation. A guiding principle in Deathprod's laboratory work is that his music should have the capacity to evoke images without becoming excessively programmatic. He references the soundtracks made by Florian Fricke and his group Popol Vuh to accompany films by Werner Herzog.
'The Reference Frequencies' series of nine live electronic improvisations was made in 1991, recorded to cassette using unpromisingly basic electronic equipment. Loops mysteriously slide from the groove of repetition into swirling forms and cryptic atmospheres. Layers thicken, some congeal and sink as others thin and evaporate in glistening spray. Figures stalk through clouds; strange topographies form from molten matter then dissolve in crystalline streams; curious stories in remote languages cry out to be deciphered.
'Imaginary Songs from Tristan da Cunha' is an extraordinary adventure in ethnographic surrealism that began when Sten graduated from the Trondheim Art Academy. Tristan da Cunha is the most remote island in the world, a volcanic mound in the distant reaches of the South Atlantic.
'Treetop Drive', from 1993 and 1994, opens with a symphonic ending, a dying fall severed from some massive structure and reanimated as another music. Last and first things; the afterlife of a final chord; classical closure reversed by means of sampling and a homemade feedback device. [From: promo-information]