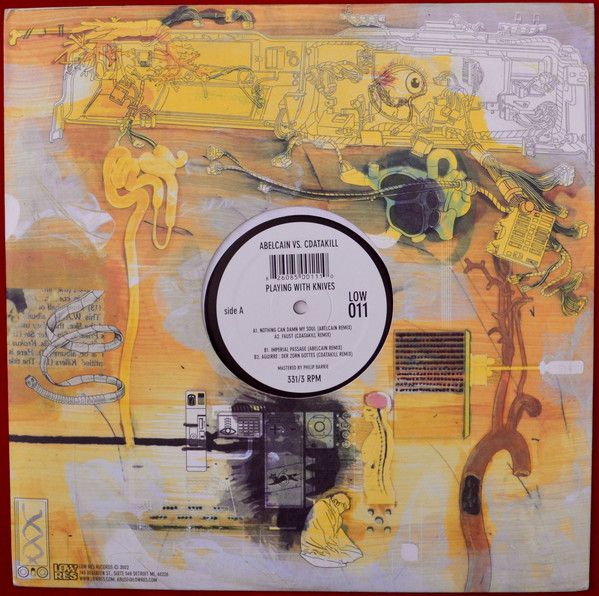 “All good things are three: Abelcain and Cdatakill, two of the most essential breakcore act to have ever graced this scene, pair up once again on "Passage", a full length CD presenting for the first time their tracks from the "Six Stigmata" and "Playing with Knives" record, enriched by four new collaborations. Hard-hitting, highly varied and presenting anew some cornerstone material of the breakcore sound, "Passage" is a mandatory release not only for fans of these two veterans, but for anybody who intends on understanding what breakcore is about.
Following 2007's two collaborative 12" ("Bleeding Hearts vol 1 and 2", adn82 & adn83), Cdatakill invites another fiendish friend to Ad Noiseam, this time his long-time partner and co-shredder Abelcain. Both acts, which are among the very few veterans of the American breakcore scene to be still active, have finally given birth to a full length CD, which present their repeated collaborations over the years. "Passage" is the long awaited release on CD of two split 12" by these two acts (released by Zhark Intl and Low Res in 2002) and four new tracks written specially for this project.
Armed with a decade of beats and rhythms shattering, Cdatakill and Abelcain have both matured, but look back dearly at their first collaborations. "Passage" opens with three tracks written by each musician, in which Marty Frank (Abelcain) presents his staccato drumming and sudden breaks, while Zak Roberts (Cdatakill) already leave space for some dark sci-fi soundscapes between his breakcore avalanches. These tracks are followed by four from the "Playing With Knives" 12", in which some of each acts' best known tracks are remixed by the other one (such as Abelcain's hard hitting "Faust" or Cdatakill's epic "Imperial Passage"). Finally, let's fast forward six years to 2008 and see what sort of new treatment Abelcain and Cdatakill reserved to each other's material. The first hasn't slowed down his tempo a bit, and adds some extra oomph to two tracks taken from Cdatakill's moody "Valentine" album. Zak Roberts's gritty and complex remixes of recent Abelcain track close the circle.
Cdatakill and Abelcain, two acts at the very centre of the breakcore scene, finally go through their rites of passage together, and demonstrate again that their dry, fast and dark blend of the genre is as relevant and necessary as ever”. 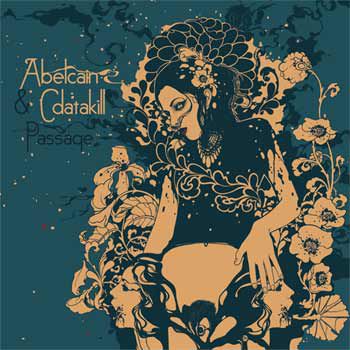