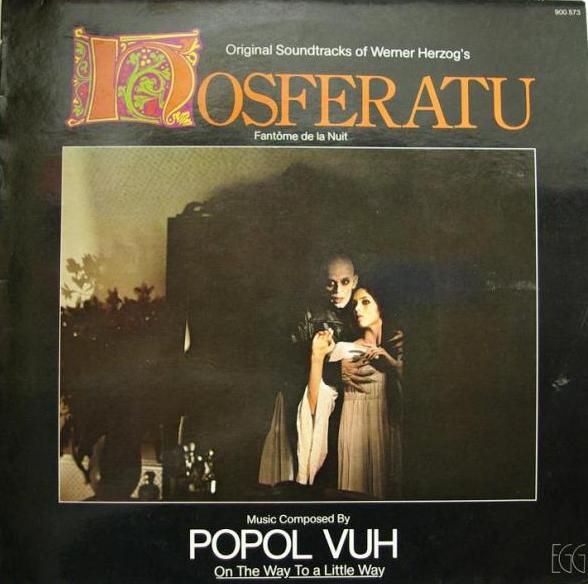 1996:
Gerhard Augustin: Now we come to a question about the French Egg release of NOSFERATU. This is a compilation of already -released materials, and unreleased old materials, with new songs. Did you choose the tracks?
Florian Fricke: It actually was Part Two of the original soundtrack. The actual film music, the way it was composed for this movie, is on the record BRUDER DES SCHATTENS, SOHNE DES LICHTS. And when Werner was already almost finished with his film, he came to me and asked, ‘Florian, do you have music to be afraid by?’ And I thought no, no, no, no. But I remembered some electronic pieces in my big, big, big, box of old material from the early years, and in this box I found 'angst music'. And so we made a second record, besides BRUDER DES SCHATTENS we made 'music to be afraid by', NOSFERATU, part two, released by a French company. (Eurock)