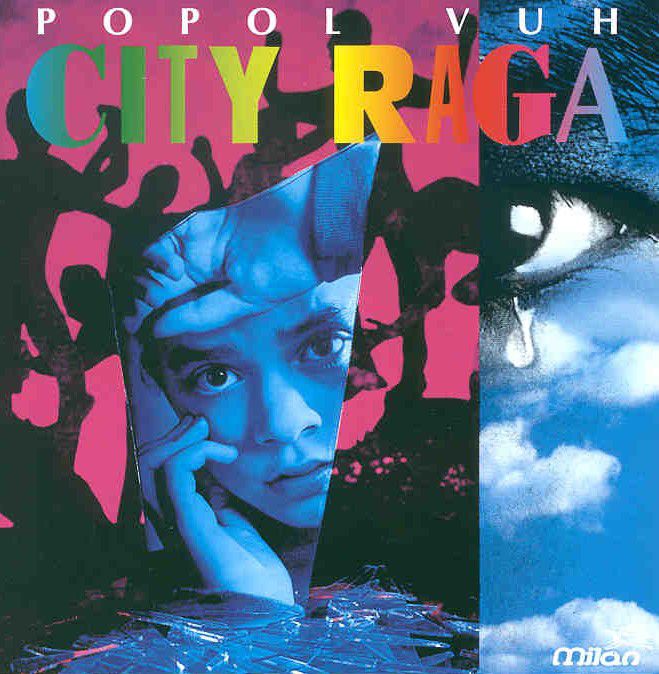 I have always been asking myself what might be the meaning of the titles ‘Dream Part 4', ‘Dream Part 5' and ‘Dream part 49'. The following connection with the work of Lamonte Young may shed some light on it.

In july 1969 La Monte Young and Marian Zarzeela were in Munich for their first public performance of their so called ‘Dream House’ concept. Young used the term ‘Dream House’ for his experiments with environments of continuous light and sound that he started in the early sixties.
Florian Fricke reviewed the Munich concert for the Süddeutsche Zeitung (july 8, 1969)

1996:
Gerhard Augustin: Would you please tell us something about Maya Rose and Guido Hieronymus, who have played on recent Popol Vuh albums? What kind of background do they have, and what were they doing before they joined Popol Vuh? First Maya Rose, the singer.
Florian Fricke: Maya lived in Yucatan in Mexico, and at different occasions she sent me some tapes where she was singing freely. I had listened to them and I had put it to the side, because in those days I was working with Renate, the Amon Düül singer, on the record FOR YOU AND ME. After many years I listened to these recordings again and I found the voice for an idea that I was working on which became the album CITY RAGA. To be precise, my son Johannes, he actually gave me this tip to do this kind of record. He said that this voice would please everybody.
Gerhard Augustin: So this is how you met Maya, on tape. Did you ever see her personally?
Florian Fricke: Yes, many years before in Köln. She was a member of the Breathing Therapy Society group, but moved to Yucatan and stayed in touch with me by sending these strange, wonderful cassettes, with her voice on there. When my son was hearing this voice he felt that it was really special.
Gerhard Augustin: Guido Hieronymus, who has played on all the recent Popol Vuh Albums, what kind of background does he have?
Florian Fricke: Guido is a bit younger than Frank and I are. He has studied music at the Conservatory in Munich. He is producing and playing with many different musicians in Munich, in the music scene. And when we started to work together, it was not clear from the beginning that Guido would eventually become a member of Popol Vuh. But by working with him over the last couple of years we have come to a point that Guido is very important to Popol Vuh. We are friends, we have a great understanding.
Gerhard Augustin: Your work on CITY RAGA seems to be very different from your previous works. Do you feel that this is a drastic change, or a natural extension from your previous work?
Florian Fricke: I have answered this question before; I always find new styles, different forms of playing, that I'm incorporating into the music of Popol Vuh. The essence of my music remains the same. The forms are changing, but the essence remains the same.(Eurock)