IN THE GARDENS OF PHARAOS / AGUIRRE 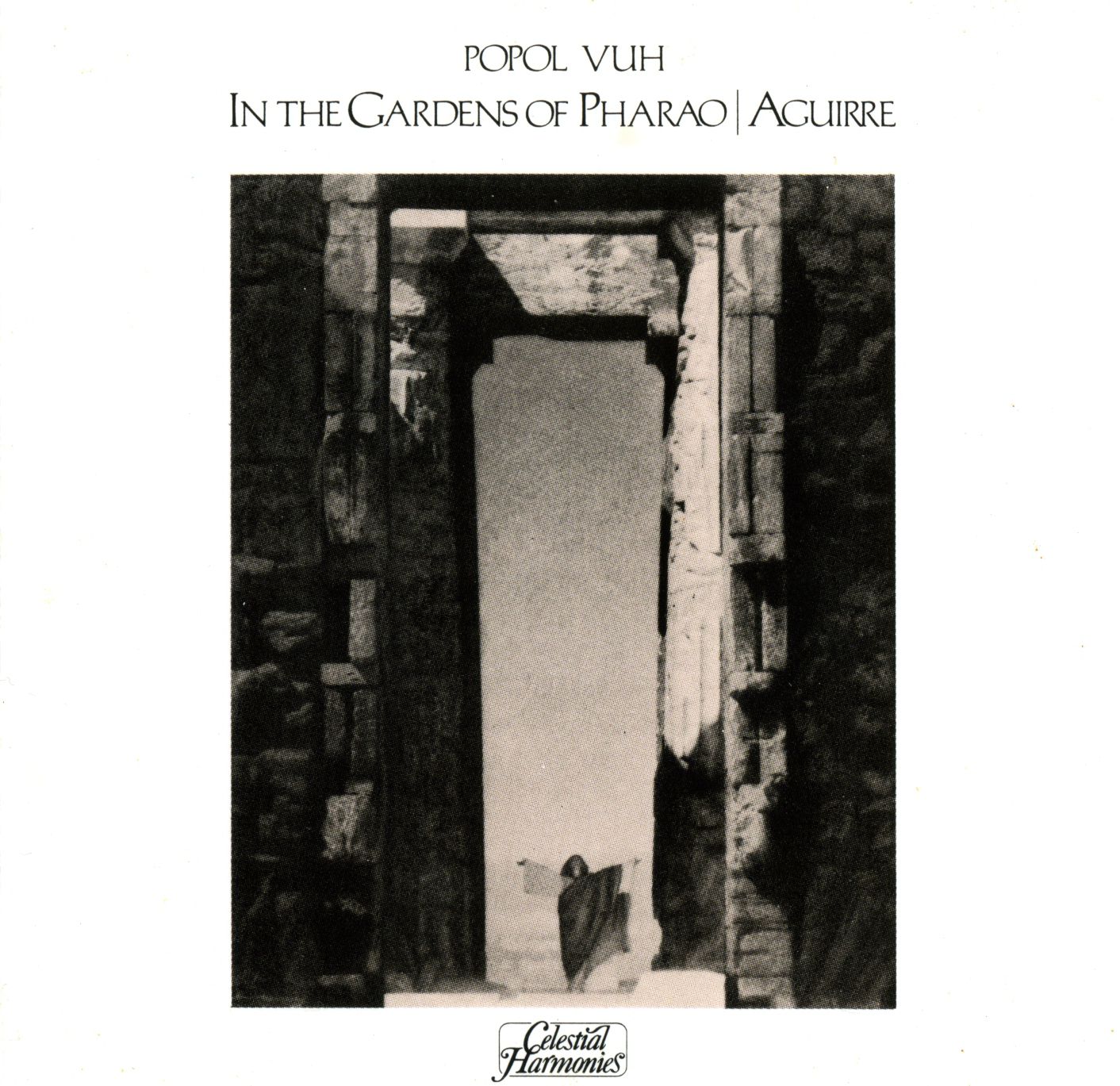 *with the help from our friends Heinz Lukasz + Heinz H.Hoier
** thanks to Messrs. Endrulat and Löper
Produced by: Bettina Fricke and Gerhard Augustin
Recorded at Bavaria Music Studio in München

When were ‘Spirit of Peace I, II and III’ recorded? Information on this release (13008-2) we find at www.harmonies.com:

The project
Popol Vuh’s classic recordings, In the Gardens of Pharao and Aguirre, are combined in this breathtakingly dramatic release.
Recorded in Bavaria’s Baumberg Cathedral, In the Gardens of Pharao is a remarkable illustration of the many moods that the synthesizer and piano are able to express. The soundtrack for the Werner Herzog film, Aguirre, is equally delightful with original compositions by Popol Vuh’s leader, Florian Fricke. These compositions are recognized as standards of the new age genre.
Also included is Spirit of Peace, a performance of solo piano music by Florian Fricke. Originally recorded in 1980, Fricke’s performance is moving, and reveals the artistic direction this talented musician would be taking in subsequent releases.“

“The next big step was the beginning of the CD era. Eckart Rahn was one of the first to embrace digital technology, and points to his 1981 recording of Spirit of Peace (13008-2) by Popol Vuh's leader and pianist Florian Fricke as the turning point. It is hard to point to any one project as the first-ever digital recording, but this was certainly one of the first. "It was the first time I experienced the magic of digital recording," Rahn recalls. "I was in the studio with engineer Ulrich Kraus and we were listening to the performance in the studio. I said, could we listen to the tape itself? And he said, you are listening to the tape. I couldn't believe it. He switched back and forth between the live sound and the sound from the tape and your ears could not tell them apart." When the digital CD format was introduced in Europe in late 1983 and in the U.S. in 1984, Rahn was ready for it.”